Not two different problems but two ways in which the same problem expresses itself.

Both of these are about the learned suppression of anger, i.e. being "indoctrinated" from a young child onwards, to never express anger. Over half a century or so practising this self-torture and your body may well begin to show some symptoms of this emotional overload for there is nothing in the structure of the human body which is designed or intended to store emotions.

With Alzheimer's, the sufferer tries to deal with the problem by suppressing the memory of any event which triggers the anger. As the emotional pressure rises, the irritant necessary to trigger an anger response can be very minimal resulting in gradually more and more memories being suppressed until even their own name is "forgotten".

Where the sufferer is no longer normally conscious and aware, we must use a different technique and tool. Such people normally live in one room or a small apartment. In either case, a Home and Office Harmonizer is to be placed over the inner side of the entrance door to the room/apartment as high up as possible and definitely out of the reach of the "patient". When normal awareness returns the usage of the Harmony Headphone should begin as delineated above.

In either case, there will be explosive outbursts of anger (possibly only after 4 - 6 weeks) which the patient will need help in dealing with.

The "patient" should be encouraged to pound and kick the anger into their mattress. As their spinal flexibility returns, they should also kneel in front of a couch and, raising their whole body from the knees and the arms above the head, hit with the whole body weight with their fists and forearms into the couch or similar.

Screaming the anger out, i.e. giving voice to it, is also very healing. This can certainly be done in a car on a high speed road but may not be possible at home. If this is the case at home, the patient should be encouraged to hiss at high pressure between the teeth whilst, at the same time, pumping the arms up and down with the hands closed in fists.

Back to health index 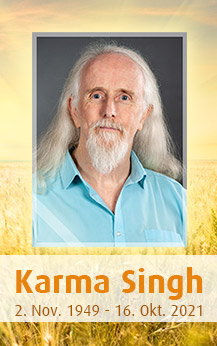