Is actually even older than the predecessors of the Harmony Evolution!

Basically, it is a much simpler device which can be used in many small applications.

Although initially developed to be used on the spark plugs of a car engine, it has found its true home inside your mobile and cordless ‘phones where its ability to process up to 180,000 frequencies has proven to be the optimal size.

By placing the Harmony Mini upon the battery of your cell or cordless ‘phone, as close as possible to the + pole, it will so re-order the electricity that electro smog will cease to be created.

The way in which electricity is manufactured, produces a very chaotic product. Not only is this electricity merely partially usable for electronic devices, even the cables themselves have problems delivering it. Now, this is not a new problem at all. Even Tesla knew about it more than 100 years ago. What IS new, is that we have recently begun sticking it into our ears and cooking out brains!

You see, the part of the electricity which is just too chaotic for the ‘phone to use (up to 28% of the total) has to be disposed of in some manner. What a mobile ‘phone and practically any other electrical or electronic device will do is to throw this unusable electricity away in the form of wild electron bundles. This is what we call electro smog. Its chaotic nature and heat interferes very strongly with the internal communication and control systems of the human body and almost all other biological systems. The only exception which has, to date, been brought to our attention is the cockroach.

The Harmony Mini upon your battery will re-order the electricity which you have taken up from the mains so that virtually all of it will be usable. As your ‘phone or other device no longer has any need to throw off chaotic electron bundles in order to protect itself from damage, no electro smog is created!
There is, of course, the pleasant side effect that, as the entire charge in the battery is usable, the charge will last longer. Many people have also reported better reception and even reception where a ‘phone without the Harmony Mini has no reception at all.

Unfortunately, Apple ‘phones have so much additional radiation to a normal ‘phone that the Harmony Mini is not sufficient to eliminate the much higher levels of electro smog.

It doesn’t, however, stop here

In 2006, a doctor in Munich decided to try an experiment. He stuck a Harmony Mini to the soles of his shoes (on the inside, of course). The result was that his feet were no longer tired and swollen at the end of the day and he could indulge his hobby of rearing rare types of apple trees instead of leaning back on the couch with his feet above the level of his naval. Similar trials with patients who stood or walked for long periods each day (shop sales people, postmen etc.) brought similar results.

Further tests have shown that for sports people of all sorts, the optimal place is behind the junction of the large and second toes. This gives rise to greater stamina, speed and precision. For workers on building sites, on the inner side of the insteps increases balance and resilience thus reducing injuries when carrying heavy loads over rough ground. 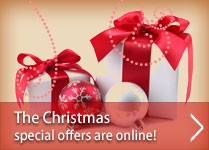